Super Hero is a song recorded by South Korean idol group VIXX. It was released physically and as a digital single on May 24, 2012 through Jellyfish Entertainment. The song served as VIXX's debut single and single album. 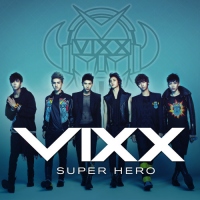