"Sit! Stay! Wait! Down! / Love Story" is the 36th single released by Amuro Namie. It was released in two versions: a CD+DVD edition and a CD-only edition. "Sit! Stay! Wait! Down!" and "Love Story" were used as the opening and ending theme songs for the drama Watashi ga Renai Dekinai Riyuu. The producers of the single include T.KURA, MICHICO, Tiger, and Nao'ymt. It marks the first time since her 2007 single "FUNKY TOWN" that a b-side was included on a single. The track "arigatou" was also available as a free limited-time download on Amuro's official Facebook page. The single reached #3 on the Oricon weekly charts and charted for 20 weeks. 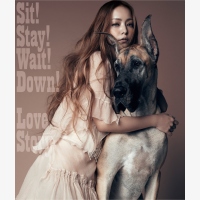 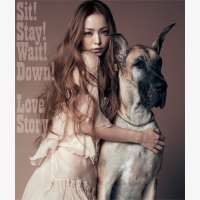